Turkey Pen ruin is a well-known Anasazi ruin in Grand Gulch. It’s an easily accessible Ancestral Puebloan (Anasazi) site located a short distance down canyon from Junction Ruin. Junction Ruin gets its name because it sits at the intersection of Grand Gulch and Kane Gulch. The Kane Gulch trail provides easy access, making it easy to visit both Turkey Pen Ruin and Junction Ruin in a single-day hike.  However, it’s even better if you can visit as part of a multi-day backpacking trip.

Hiking to Turkey Pen ruin begins at the Kane Gulch Ranger Station which is on UT 261 4 miles south of the intersection with UT 95. The site is well signed and there is a large paved parking area. There are pit toilets but water is not available – be sure to bring all you might need. The Kane Gulch Ranger Station operates seasonally so don’t be surprised if they’re not open when you are. If the station is manned you can get the latest information about trails, roads, and water availability in the canyons.

All of Cedar Mesa is BLM land and you need to purchase a permit to hike to Turkey Pen ruin. Depending on the season, you can purchase your permit at the Kane Gulch Ranger Station or self-register and pay at the kiosk in the parking lot. If you want to backpack into most Cedar Mesa canyons you will need to get a backcountry permit. Contact the BLM for more info. The BLM maintains current online information about Cedar Mesa Backcountry Regulations and Fees

The Kane Gulch trail begins right across the road from the Kane Gulch Ranger Station. The trail is a well-maintained and easy hike as described on our Kane Gulch Hike page. It’s 4 miles down Kane Gulch to Grand Gulch and the Junction Ruin. From there it’s about another 1/2 mile on an easy trail to reach Turkey Pen ruin.

Turkey Pen ruin is located along a long sweeping bend in the canyon wall. Unfortunately, the canyon wall is unstable and rockfalls are causing damage to the ruins. This has necessitated the BLM making parts of the site off-limits to hikers. Please respect this closure as it really is based on safety.

The ruin is on two levels with most of the structures on the lower bench.  The ruin was occupied during the Basketmaker II period intermittently until about 700 AD. There then was about a three-hundred-year period in which there is little evidence of ancestral occupation in Grand Gulch. After about 1000 the area was occupied until the Anasazi left forever in about 1250.

The Structure which gives Turkey Pen ruin its name is actually a jacal structure near the west end of the habitation area. The upright sticks still hold remnants of the adobe mud that once covered them to make solid walls. The structure is open to the south end and there is no indication that it ever had a roof. Although the purpose and use of this structure are unknown, it almost certainly was never used to pen turkeys.

Many different types of pottery sherds from the Pueblo II/III periods have been found at Turkey Pen. The oldest are possibly from as early as 800 and with samples of all time periods found until the latest production which could have been as late as 1300. Samples of pottery were found that represented Tusayan Whitewares, Mesa Verde Whitewares, San Juan Redwares, and Tsegi Orangewares. Among surface collected sherds the Mesa Verde Whitewares are the most common, comprising up to 90% of the surface sherds.

A number of unfired potsherds have been recovered which is significant because it indicates the there was local production of ceramics taking place. From the unfired samples present it was determined that the residents likely produced Mesa Verde Black on White, Chapin Gray, and corrugated graywares.

When was Turkey Pen occupied?

There is just a little evidence that Turkey Pen Ruin was used in archaic times. Four projectile points of two different styles have been found from the Archaic period, however, the exact dating of these points is unknown.

There was significant use of the site beginning in the Basketmaker II period and artifacts recovered from this time include corner notched points, a Basketmaker style sandal, and unfired clay figurines. Although these artifacts are indicative of Basketmaker II occupation, the best indicator of use during this time is the absence of ceramics in the soil layers which indicates the occupants at that time did not yet have ceramics, thus, Basketmaker II.

The Basketmaker III and Pueblo I periods are represented in artifacts recovered from the site. However, all indications are that Turkey Pen Ruin was either lightly or intermittently occupied during these periods.

The vast majority of the Ancestral Puebloan (Anasazi) ruins date from the Pueblo II and Pueblo III periods as evidenced by the architecture, ceramics, projectile points and tree-ring dating. This period of intense development and occupation likely occurred during a 200 year period from about 1050 – 1250. There is no indication that the site was occupied continuously during this period and, in fact, some evidence indicates that the site may have been intermittently occupied during this time.

Visit these nearby sites: 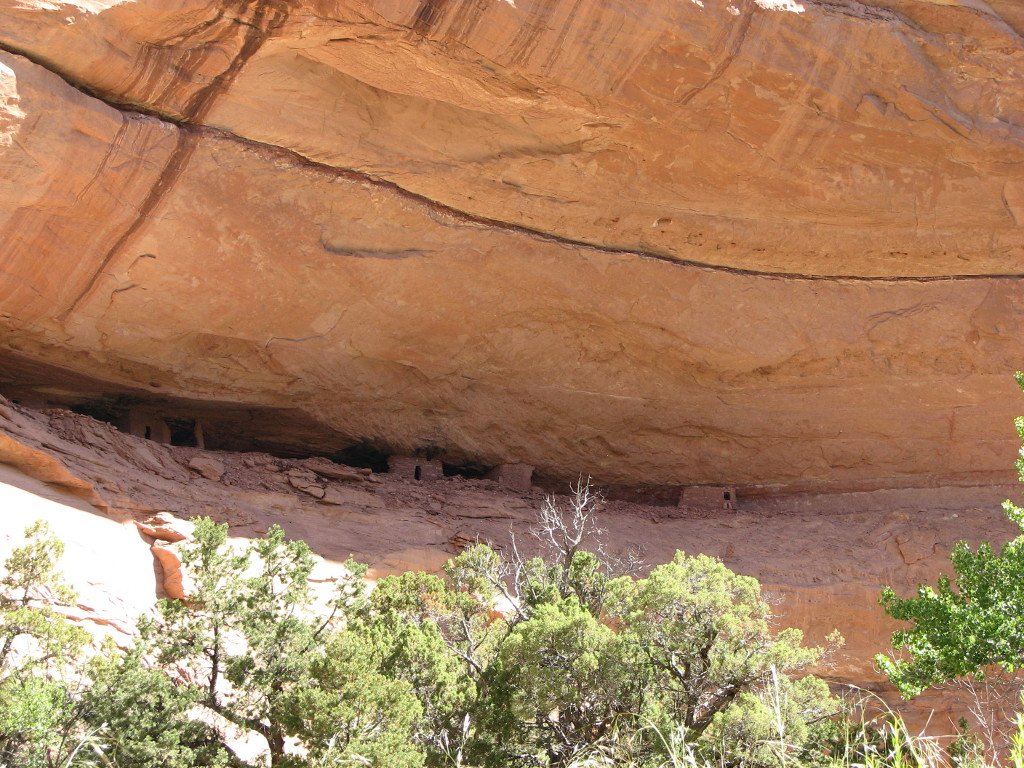 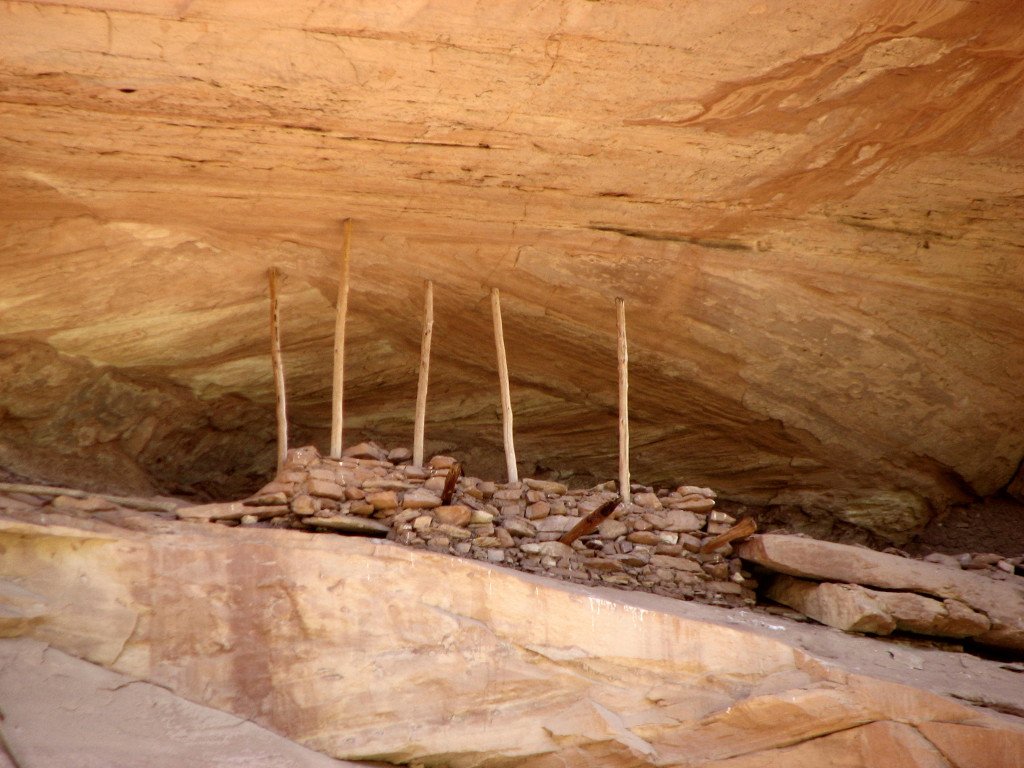